When We Left Yerushalayim

Stories of the Churban Beis Hamikdash
Genendel Krohn
In stock
Be the first to review this product
$19.99
Add to Wish List
A Moving, Vivid Portrayal for Kids to Contemplate and Cherish
Skip to the end of the images gallery 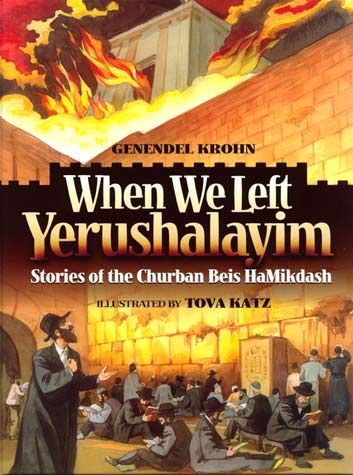 The entire Jewish Nation has been mourning the destruction of our holy Temple, the Bais HaMikdash, for thousands of years, but it is difficult to convey this concept to our children. Not any more! With this wonderful, sensitive book, children are treated to dozens of stories about the Temple, giving them a taste of what life was like before it was destroyed.

These stories capture the wonder and woe of Yerushalayim, Jerusalem, as enemy Roman soldiers lay siege to the walls, as the prophets of the time urged the Jews to repent, and as the Bais Hamikdash, finally, was burned.

With captivating pictures and age-appropriate text, this book is both sobering and important. It imparts to children the wonderful treasure we were entrusted with and gives them inspiration to pray for the coming of Moshiach, when we will once again serve Hashem in the Third Bais Hamikdash. A valuable book to read during the Three Weeks, on Tisha B'Av, and all year round.

Details
Reviews
Write Your Own Review
Only registered users can write reviews. Please Sign in or create an account 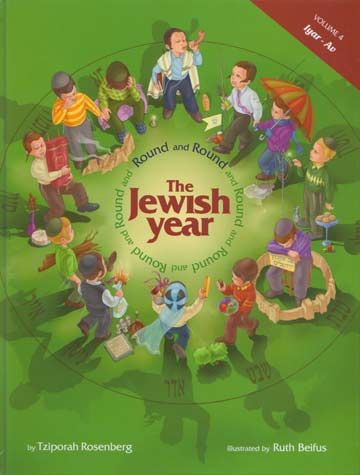 Be the first to review this product
Round and Round The Jewish Year: Vol. 4 - Iyar-Av
$19.99
Out of stock
WishList
Wish List
Last Added Items
Go to Wish List
You have no items in your wish list.