The Haftarah and its Parasha

Richard W. Golden
In stock
Be the first to review this product
$19.99
Add to Wish List
Skip to the end of the images gallery
new
Peek Inside 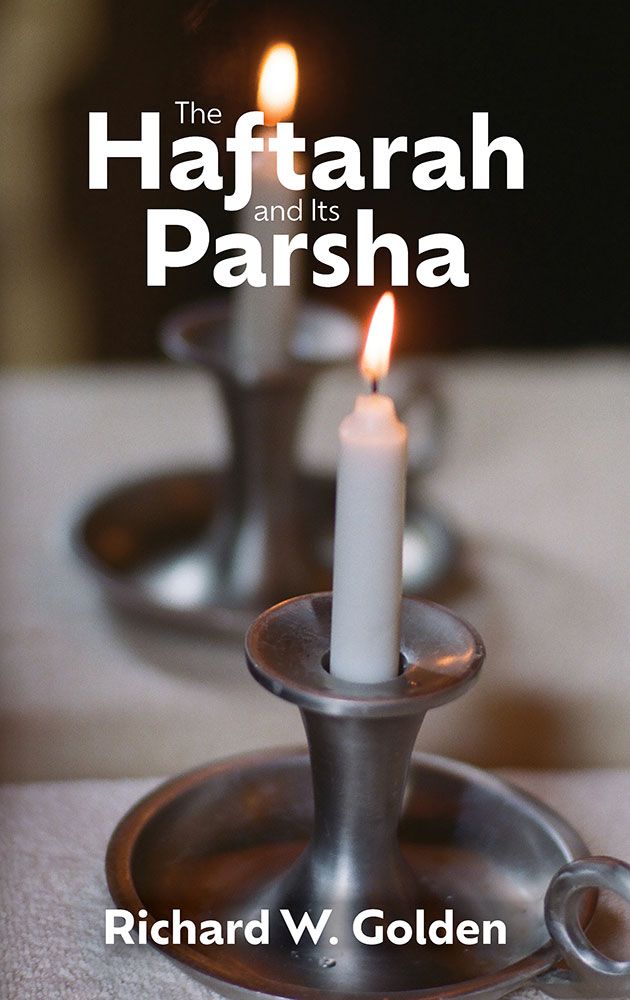 For some 2,000 years, the practice at every Jewish congregation on Shabbos morning has been to read a weekly portion from the Torah followed by a reading from the books of the prophets, the haftarah.

Despite the haftarah’s antiquity and universality, we know little about its origin or purpose. No record appears to have survived informing us of the names, dates, and locations of the people who established the haftarah. We also have no record of the reasons for pairing particular verses from the books of the prophets with a particular parsha, other than what can be learned from the prophetic verses themselves.

This groundbreaking work attempts to identify the relationship between each haftarah and its parsha — and explores how this connection remains pertinent today.

Richard Golden was born in Philadelphia, Pennsylvania in 1945. After graduating from college (University of Pennsylvania) and law school (University of Chicago), he moved to Brooklyn in 1970, where he continues to live. Richard retired from the practice of law in 2007 after serving for twenty-eight years as an Assistant Attorney General in the Office of the New York State Attorney General. He and his wife, who is a retired pediatrician, are now empty nesters. Richard is a past president of Congregation B’nai Avraham in Brooklyn Heights and has served there for many years as gabbai on Shabbos and holidays.

Since his retirement, Richard has had more time for his long-standing loves of study and photography. His website, photosbygolden.com, provides selections from his exhibitions and photographs, a few of which are included here. This book originated in Richard’s regular study of the parsha and haftarah. He became curious about the connection between each parsha and its haftarah but could find only cursory discussions. He looked into the subject himself and this book is the result.