A Visionary Rosh Kollel
Rabbi Akiva Fox
Out of stock
Be the first to review this product
$24.99
Add to Wish List
Skip to the end of the images gallery
Peek Inside 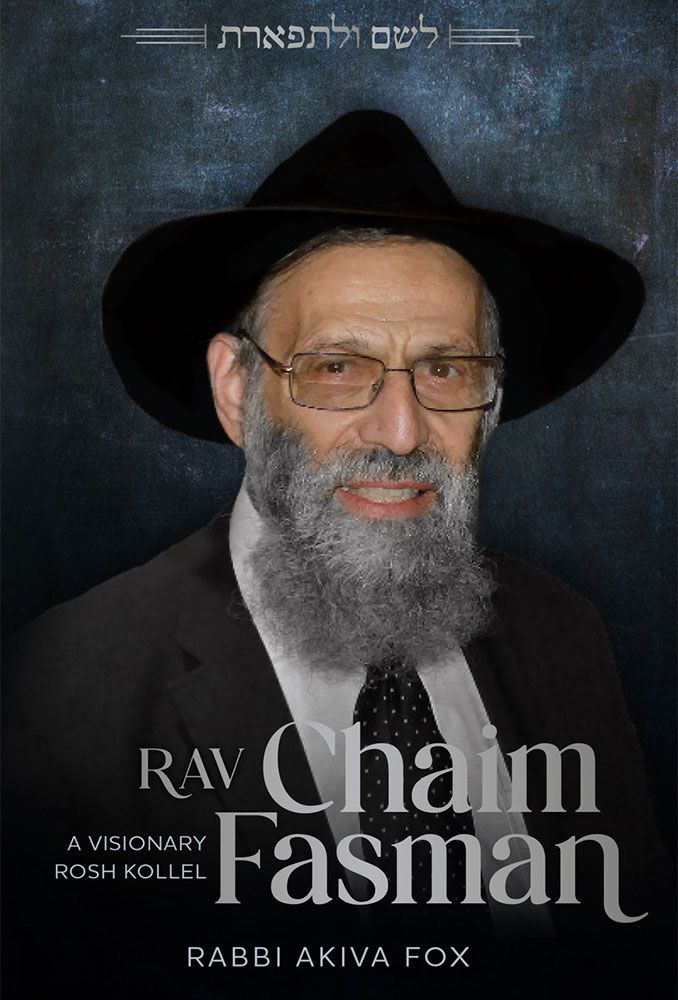 Chaim Zelig was a child on the move.

His father, Rabbi Oscar Fasman, led one kehillah after another until finally settling in Chicago, where he took the helm of Beis Medrash L’Torah (Skokie). Chaim, an outstanding bachur, learned in the yeshiva until his Rebbe, Reb Mendel Kaplan, sent him off to Eretz Yisrael to advance his learning.

The Ponevezher Rav chose to prepare his shiurim with Chaim.

The Brisker Rav accepted him as one of the fifteen original talmidim in his yeshiva.

Rav Aharon Kotler invited him to be his talmid in Lakewood.

But the yeshiva that would ultimately define the still "out-of-town" bachur, was Bais Hatalmud. There, Chaim studied under Reb Leib Malin and became the talmid muvhak of Reb Chaim Visoker, who primed him in teaching Torah and understanding people.

After his marriage, Chaim set out to fulfill his dream of spreading Torah in America.

Rabbi Chaim Fasman did the unthinkable — he left the sheltered confines of the yeshiva world for Los Angeles, California, which he envisioned as a city thirsty for Torah. He founded one of the first kollelim in America and transformed Los Angeles into a flourishing empire of Torah.

This is the fascinating story of Rabbi Chaim Fasman, builder of Torah in America.

Akiva Fox grew up in Los Angeles, California, and studied in the yeshivos in Bayonne and Edison, New Jersey, and then in Yeshivas Pachad Yitzchok in Eretz Yisrael. He and his family live in Yerushalayim, where he serves as a rebbi and mashgiach in several American yeshivos. Under the pseudonym “Dov Fuchs,” he pens a weekly column in the Hamodia magazine and is a frequent contributor to other Jewish publications. A selection of his shiurim are posted online by the Hidabrut kiruv organization. Besides teaching, writing, and speaking, Rabbi Fox aims to be a good father and good Jew.

Details
Reviews
Write Your Own Review
Only registered users can write reviews. Please Sign in or create an account

Check items to add to the cart or

Be the first to review this product
Rav Elyashiv
$24.99
Out of stock
Add to Wish List Add to Compare
Wish List
Last Added Items
Go to Wish List
You have no items in your wish list.