Fascinating and Intriguing Insights on Chanukah, Its Miracles, and Its History
Aryeh Pinchas Strickoff
In stock
Rating:
100% of 100
3 Reviews Add Your Review
Special Price $26.39 Regular Price $32.99
Add to Wish List
Skip to the end of the images gallery
Peek Inside 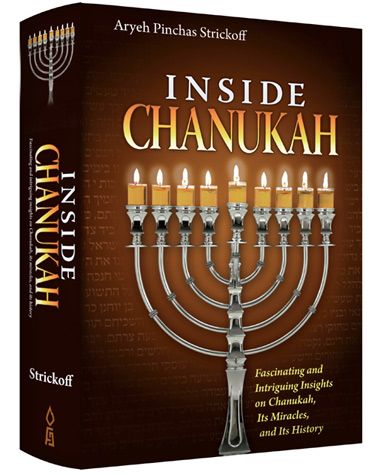 Skip to the beginning of the images gallery
Description
We know all about Chanukah, don’t we? Inside Chanukah will make you wonder. Crushing decrees, heretical turncoats, and the threat of spiritual annihilation. A tiny band of men willing to risk all, a single flask of pure oil, and eight days of illumination. We’re familiar with the miracles of Chanukah. But now it’s time to penetrate beneath the surface. In this meticulously researched book, the author of the popular Inside Purim, explores every aspect of Chanukah. The miracles, the mitzvos, the minhagim — he uses a dazzling array of sources to bring fresh insights into them all. A mosaic of Torah gems, each thought is concise and accessible, perfect for sharing with family and friends. Discover the messages of Chanukah — ideas that will illuminate your life long after the candles burn out.
Details
Reviews 3
Customer Reviews
Write Your Own Review
Only registered users can write reviews. Please Sign in or create an account 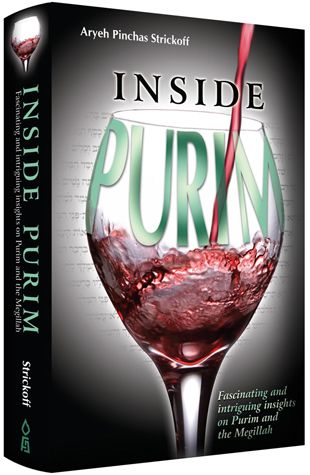 Rating:
100% of 100
2 Reviews Add Your Review
Inside Purim
Special Price $19.99 Regular Price $24.99
WishList
Wish List
Last Added Items
Go to Wish List
You have no items in your wish list.