Historian Of German Jewry: His Life And Shorter Works
In stock
Be the first to review this product
$24.99
Add to Wish List
Skip to the end of the images gallery
Peek Inside 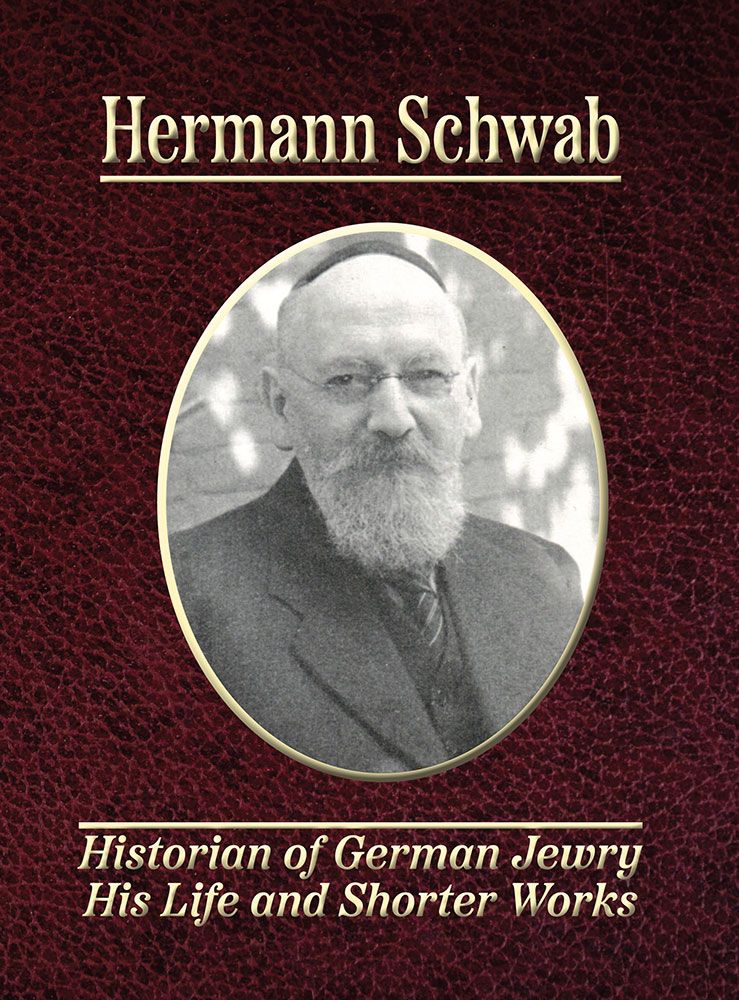 An accomplished and prolific Jewish writer, Hermann Schwab (1879-1962) is best remembered for his important works on the history of Jewry in Germany, and particularly orthodox Jewry. Some seventy years later, his books: A World in Ruins, The History of Orthodox Jewry in Germany, Rural Communities in Germany, and Memories of Frankfort, are still basic to the subject. Hermann Schwab is also acclaimed for his outstanding community and charitable work. A devoutly religious Jew, he lived through a tumultuous and ultimately heartbreaking period in Jewish history but never lost his fervent faith in God and the Torah.

This book contains biographical essays on Hermann Schwab’s life and times and translations from the German of some of his outstanding shorter works such his magnificent and historic address of 1908 marking the centenary of Samson Raphael Hirsch’s birth. Included too, among other writings, is his impressive essay on the famous Agudah leader, Jacob Rosenheim. There are his vivid descriptions of his visit to the old Frankfurt cemetery, and the Halberstadt orthodox synagogue, and of his visits to the Agudath Israel orphanages in Poland in the 1920’s, for whom he was the chief fund raiser. Finally, readers can enjoy his poems on religious themes and his charming and original stories for Jewish children, written over a hundred years ago, yet still fresh and resonant.

In these at times achingly moving writings Hermann Schwab presents readers with deep and enduring life lessons. His works have been sensitively translated from the German by Hermann Schwab’s granddaughter, Naomi Schwab Schendowich. Her translation from the Hebrew: The Historical Works of Joseph of Rosheim by Chava Fraenkel

Goldschmidt was published by Brill 2006.

“...The writing is beautiful and it has been preserved admirably in your translation... a very splendid and meaningful work...By publicizing and perpetuating these wonderful words of Torah and wisdom I am sure that you have assured your own portion in the world to come....”

Rabbi Dr. Abba Engelberg - Professor at the Jerusalem College of Technology and founder and head of the women’s division. Author of the “Ethics” series on the Pentateuch.