One family's story of faith during the Holocaust
Yona Emanuel
In stock
Be the first to review this product
$24.99
Add to Wish List
Skip to the end of the images gallery
new
Peek Inside 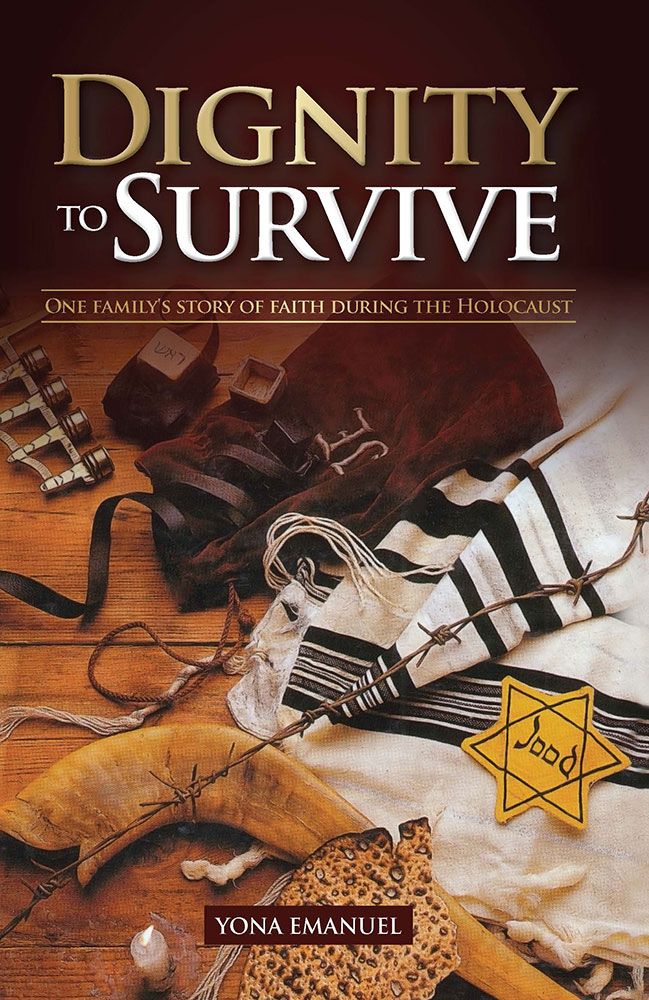 As refugees from hostile Germany, the Emanuel family found themselves enmeshed in the heinous Nazi web upon the German invasion of Holland. First in hiding, and then deported to the Westerbork transit camp, and later to Bergen-Belsen, the family, led by their remarkable parents, held on to their beliefs and their dignity, despite their torment.

Dignity to Survive is a compelling and engrossing eyewitness report that will offer the reader a deeper understanding of the greatness of Hashem’s Torah — and of His extraordinary people.

“…This volume should certainly be listed as one of the most fundamental of Shoah memoirs, fitting to be handed down from one generation to the next.”

“[Reb Yona Emanuel’s testimony] is a searing account of the ultimate capacity of man to overcome the harshest of obstacles and defeat the most maniacal of adversaries. The book is a chronicle of horror, but it is also a study of inspiration and a beacon of direction.”