A Sun and a Shield 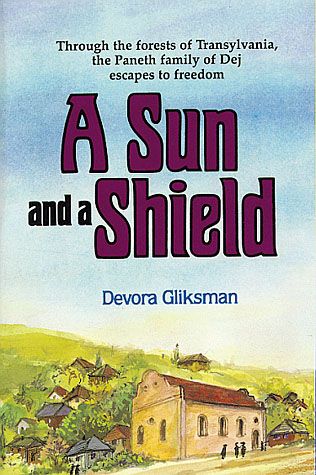 Skip to the beginning of the images gallery
Description
IN THE EARLY 1920s, Dej was one of the largest centers of Hungarian Chassidus, and the Paneth name was well-known among Hungarian Jewry. But by 1939, young Brandele Paneth had already witnessed what was in store for her Hungarian brethren and the rest of European Jewry. While visiting relatives in Poland, she became entrapped in the Nazi net that would soon be cast all across the continent, and upon her return, she repeatedly urged others to leave while they were still able. Ultimately, however, their destiny was not in her hands. This meticulously researched and conscientiously executed work chronicles the fate of the Paneth family as they miraculously escape across the Hungarian border into the relative safety of Romania and from there to a new life. The skillfully drawn backdrop that affords an insider's view of life in Transylvania before the onslaught of Nazism, enables the reader to become acquainted not only with the members of this family but with an entire way of life that is irreclaimable. It is for this way of life that Jews everywhere yearn, as we yearn for the individuals who are forever lost to us. It is for the survival and revival of this level of Yir'as Shamayim of faith and love for Hashem that the Paneth family and others like them fought with every ounce of their physical beings. It is for the realization of their tefillos that the Ribbono Shel Olam provided them with A Sun and a Shield. This majestic portrait of Rabbi Yosef Paneth, the Ileander Rav, and his family - their trials, their terror, and their ultimate triumph - is filled with adventure, drama, and poignancy. In a few short years, the Rav, his Rebbetzin, and their children experienced upheaval, betrayal, many narrow escapes, and bitter disappointments. Theirs is an inspiring story that demonstrates the ability of a pure neshamah to overcome the forces of evil that threaten from without, a story of emunah that proves again and again that kavei Hashem yachalifu ko'ach - those who put their faith in the Almighty shall experience renewed vigor.
Details
Reviews 1
Write Your Own Review
Only registered users can write reviews. Please Sign in or create an account
Wish List
Last Added Items
Go to Wish List
You have no items in your wish list.