39 Things You CAN Do On Shabbos, For Kids

Rabbi Shaya Winiarz
In stock
Be the first to review this product
$19.99
Add to Wish List
Skip to the end of the images gallery
Peek Inside 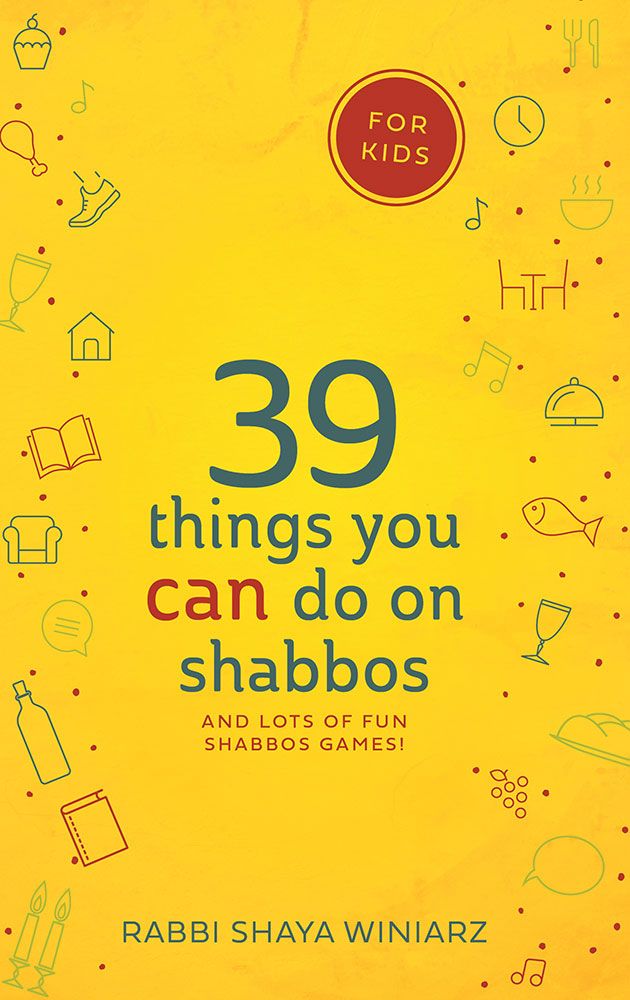 Do any of the following statements apply to you?

“I know someone who has children between the ages of 6 and 16, and I want those children to love Shabbos.”

“I personally have children between the ages of 6 and 16, and I want them to love Shabbos.

If you answered yes to any of the above, then this book is for you!

Rabbi Shaya Winiarz has done it again! With his previous book, 39 Things You CAN Do on Shabbos (for adults), Jews around the globe learned how Shabbos is the most amazing day and that there is so much that we can only do on Shabbos.

The Gedolei Yisrael requested that Rabbi Winiarz write a sequel — this time for kids! Why should only adults learn to love Shabbos? The younger generation can get involved as well! Let’s enable everyone to experience the joy and happiness that comes with keeping Hashem’s holy Torah.

Rabbi Shaya Winiarz is becoming increasingly well-known in the Jewish world. He is a popular columnist in numerous magazines and newspapers, and his books have been studied and enjoyed by the global Jewish community. This sefer is his fourth published book, following: The original adult-version of 39 Things You CAN Do on Shabbos, Let There Be Time, and Making a Difference. Rabbi Winiarz is also a mohel as well as a popular lecturer. He received his first semichah from Rav Moshe Heineman, and his second semichah from Yeshiva Chofetz Chaim in Queens, New York. Rabbi Winiarz is currently living in Queens with his rebbetzin, Miera, and their three children, Sara Yehudis, Dovid, and Bracha.