by: Yaakov Meir Strauss
Out of stock
Be the first to review this product
$24.99
Notify me when this product is in stock
Add to Wish List
Skip to the end of the images gallery

Skip to the beginning of the images gallery
Description
Seven Special Weeks is the second of the "Naftali in the Bais HaMikdash" series. Naftali experiences the weeks between Pesach and Shavuos in Yerushalayim during the time of the Second Bais HaMikdash. He joins a special learning group for boys from all over the Jewish world to study the laws relating to the Bais HaMikdash and its sacrifices. These boys explore the ins and outs of the Temple, observe the sacrifices from up close, and learn how the offering of korbanos (sacrifices) transforms those who bring them. Extensively annotated and enhanced with maps of each structure in the Bais HaMikdash, and complemented by Tova Katz's charming illustrations, Seven Special Weeks brings the days of the Second Temple vividly to life.
Details
Reviews
Write Your Own Review
Only registered users can write reviews. Please Sign in or create an account 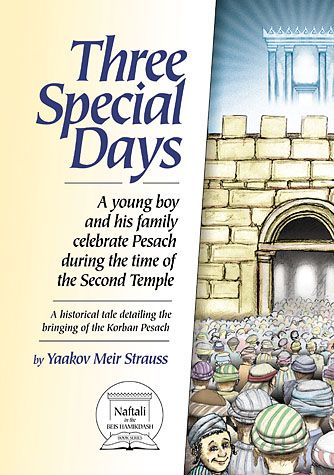 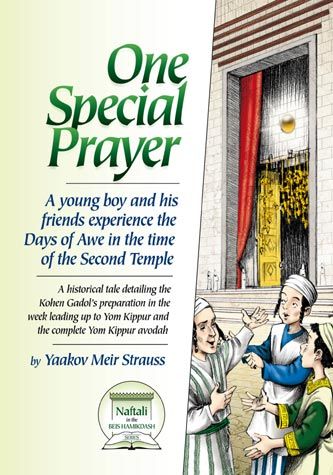 Be the first to review this product
The King's Special Loaves
$23.99
Out of stock
WishList 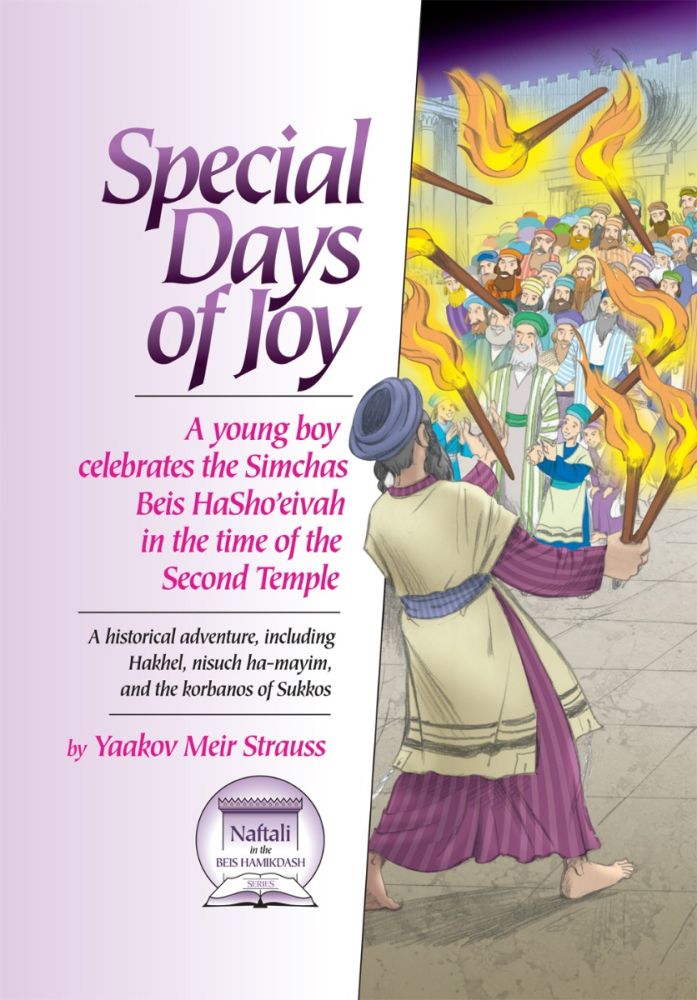 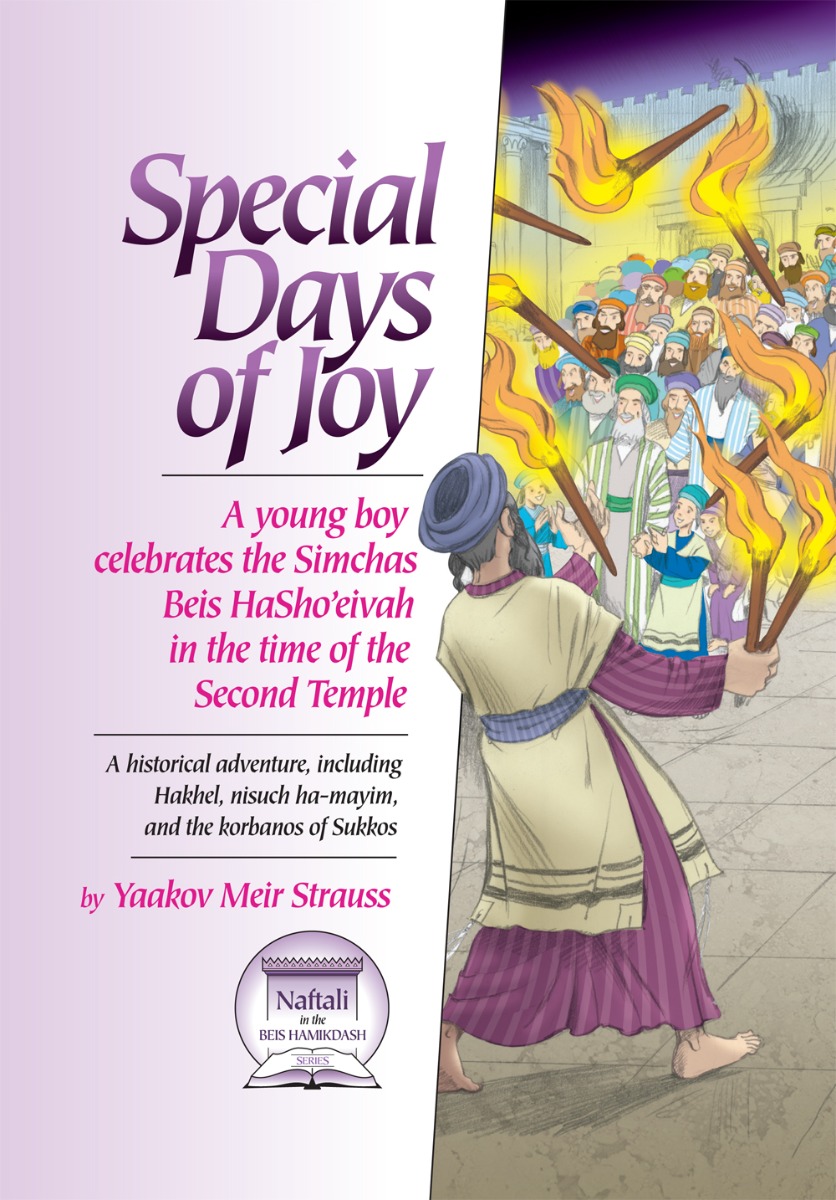 Be the first to review this product
Special Days of Joy
$21.99
WishList 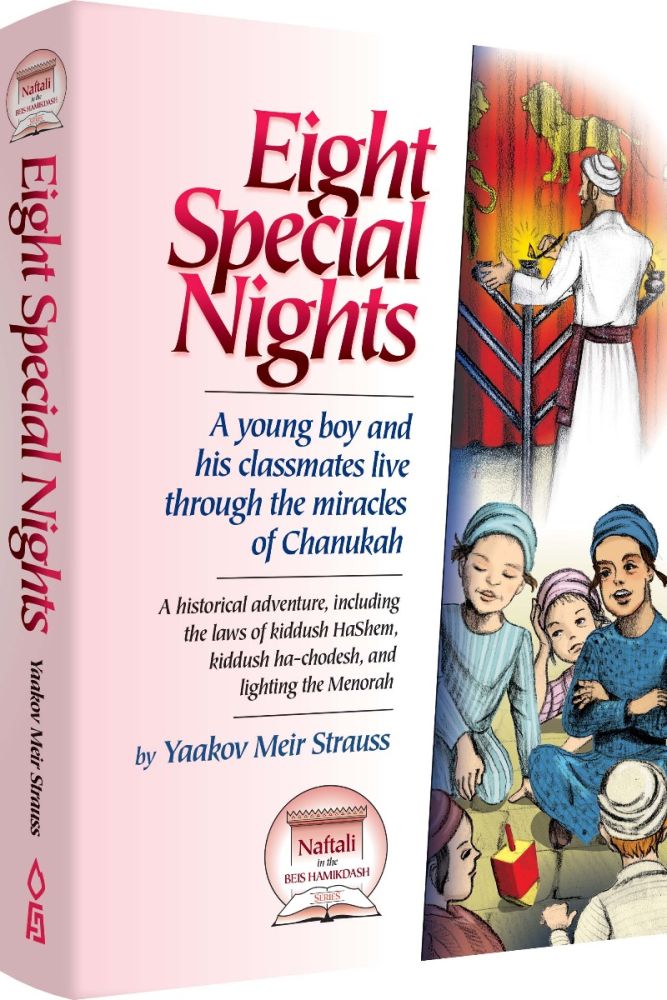 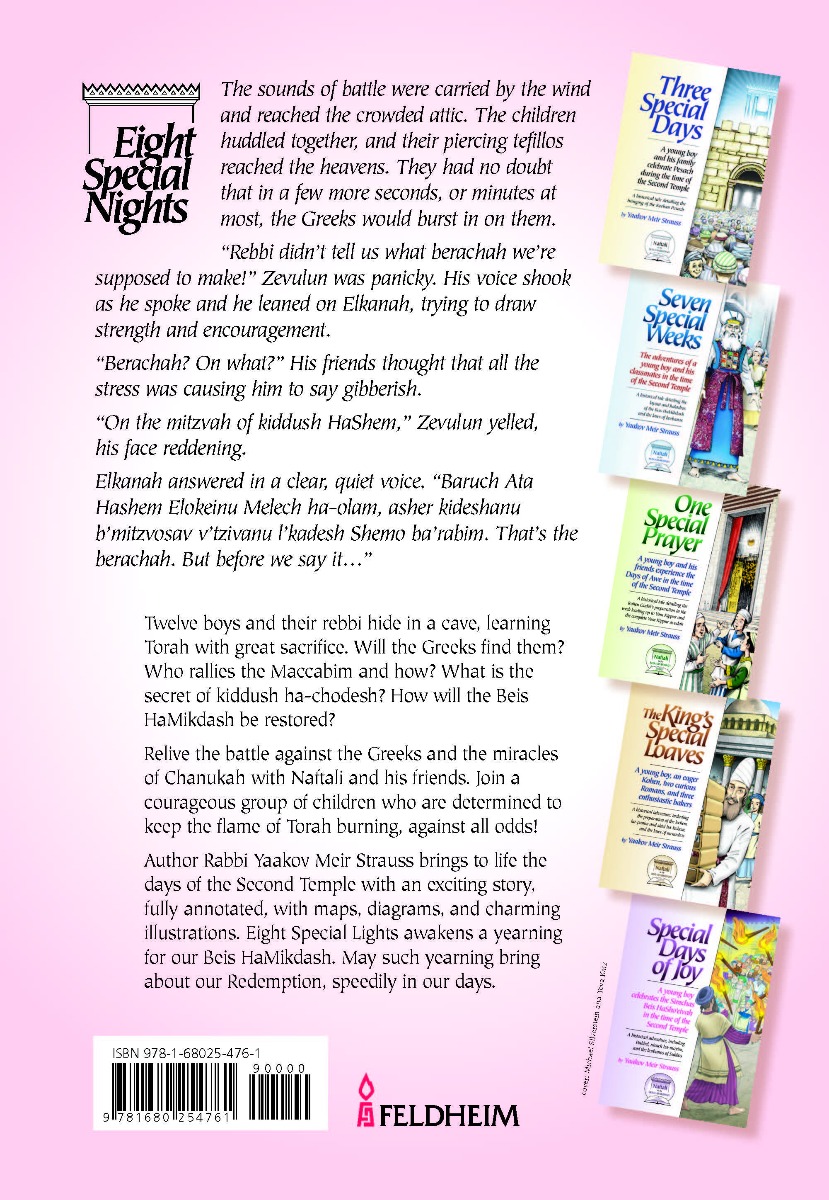 Be the first to review this product
Eight Special Nights
$21.99
WishList
Wish List
Last Added Items
Go to Wish List
You have no items in your wish list.