A Compilation of Jewish Medical Law on all Topics of Medical Interest
Dr Avraham Steinberg
Rating:
100% of 100
1 Review Add Your Review
$150.00
Add to Wish List
Skip to the end of the images gallery 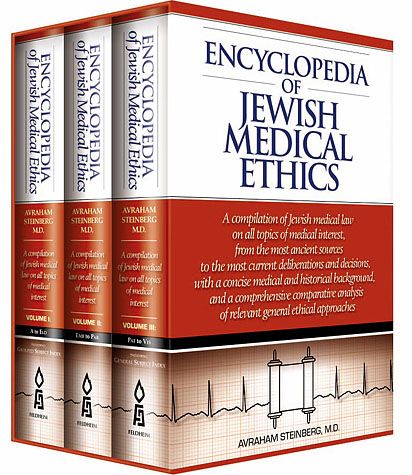 Skip to the beginning of the images gallery
Description
Ethical issues in modern medicine are of great concern and interest to all physicians and health-care providers throughout the world, as well as to the public at large. Judaism is unique among modern ethical systems in that it comprises a continuum of recorded deliberations and decisions dating back several millennia. Jewish scholars and ethicists have discussed medical ethicals throughout Jewish history, presenting their viewpoints in accordance with Jewish law and philosophy.

Fifteen years in the making, this all-encompassing, meticulously researched work is a comprehensive encyclopedic, systematic, orderly and concise work. Encyclopedia of Jewish Medical Ethics includes a comparative analysis of the Jewish and general medical-ethical approach to relevant topics.

The author, Dr. Avraham Steinberg, acclaimed both as a Senior Pediatric Neurologist and as a Clinical Associate Professor in Medical Ethics, is active in many medical and ethical societies in Israel and in the USA. He offers the historical, scientific, philosophical, and medical backgrounds that constitute the basis for Jewish legal deliberations and decisions.

Translators are usually unknown, but Dr. Fred Rosner is an obvious exception. A professor of medicine and a hematologist, he is also a prolific writer on Jewish Medical Ethics and has translated many of Maimonide's books on medical topics. He is well qualified to translate the original Hebrew version of this Encyclopedia, which was originally published in six volumes between 1988 and 1998. This first-time English edition has been significantly updated and condensed.

The Encyclopedia's 97 chapters cover such classic ethical topics as Abortion, Contraception, the Dying Patient, the Elderly, Medical Confidentiality, and the Sabbath. New ethical issues include AIDS, In-Vitro Fertilization, Human Cloning, Organ Transplant, and Smoking. With over 13,000 references, sources, and notes, the Encyclopedia of Jewish Medical Ethics is the first and only one of its kind.

Details
Reviews 1
Write Your Own Review
Only registered users can write reviews. Please Sign in or create an account 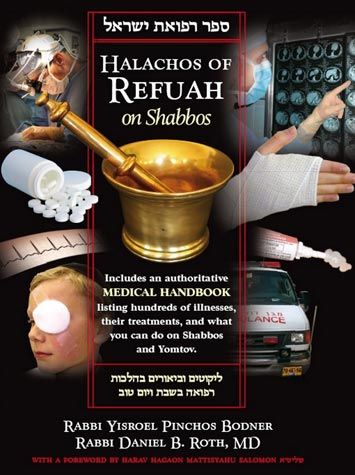 Be the first to review this product
Halachos of Refuah on Shabbos
$36.99
WishList